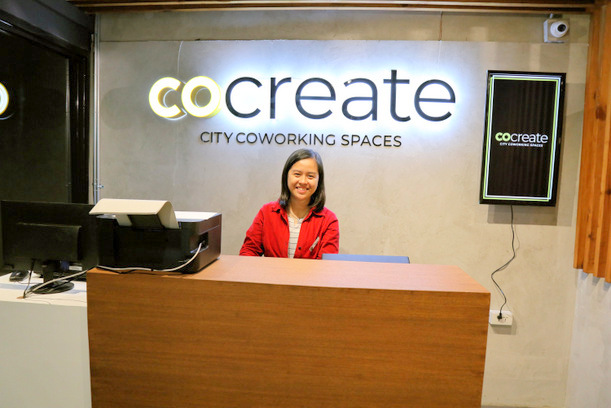 Ceres Mart has opened on Lacson street and with it, the amazing Cocreate City Coworking Spaces which is located on the second floor.

Ceres Mart used to be just limited to the various Ceres terminals where their bus stops.  This branch on Lacson street marks their first serious foray into the realm of convenience stores.

Since Ceres Mart sells pasalubong at the terminals, there are a lot of native delicacies/ favourite food items that people give as gifts.  There’s one whole area dedicated to just these.

The rest of the convenience store is mostly snacks and little things that one might need.

Ceres Mart is different from other convenience stores in that the emphasis is on FOOD. Yep, their branch on Lacson street offers meals!

We went around lunchtime so the food was freshly cooked.

We were wondering if Ceres Mart changes the food, after all it is really dangerous to leave food lying about for more than four hours – bacteria can grow on it and make you sick.  The manager assured me that the food is changed regularly and is not on display for 24 hours.

The food area also extends to include a baked goods section just like certain other bakeries and big brands here in Bacolod.  The displays are well lit and you get little plastic trays and tongs to handle the breads.

These little buns sprinkled with toasted coconut have a custard or ube filling in the middle.  They look so good that we got them for take out.

Ta-da!  Our loot at the counter.  We added their pork floss bread and various other filled buns to taste.

Here’s our video of our Ceres Mart Lacson experience.

After eating it was time to explore the second floor of Ceres Mart Lacson where they had Cocreate city coworking spaces – the largest and most beautiful coworking space in Bacolod City with generator and fast 100mbps internet!

The first thing you will notice is this counter with a friendly assistant.

There are various rates as follows:

There are other rates if you want to rent the corporate rooms so I’m including the photo I took of their rates.

The super nice room -called the Executive room is right by the entrance.  It has a TV installed inside for presentations.

The desks where anyone can sit is right in the middle of the room. They are well lit and there are outlets for electricity in the middle.

There’s raised steps where people can sit, beanbag chairs and swings.  There are studies that show that sitting or studying in unfamiliar or uncomfortable places can heighten awareness and memory retention.  Wow – perfect place to study!

There also little, quiet nooks to relax in.

And big cubicles built just for two – complete with sockets of course.

They’re located on Lacson street so please do drop by.

The Bacolod Food Hunters did not accept any freebies, money or incentives for this article.