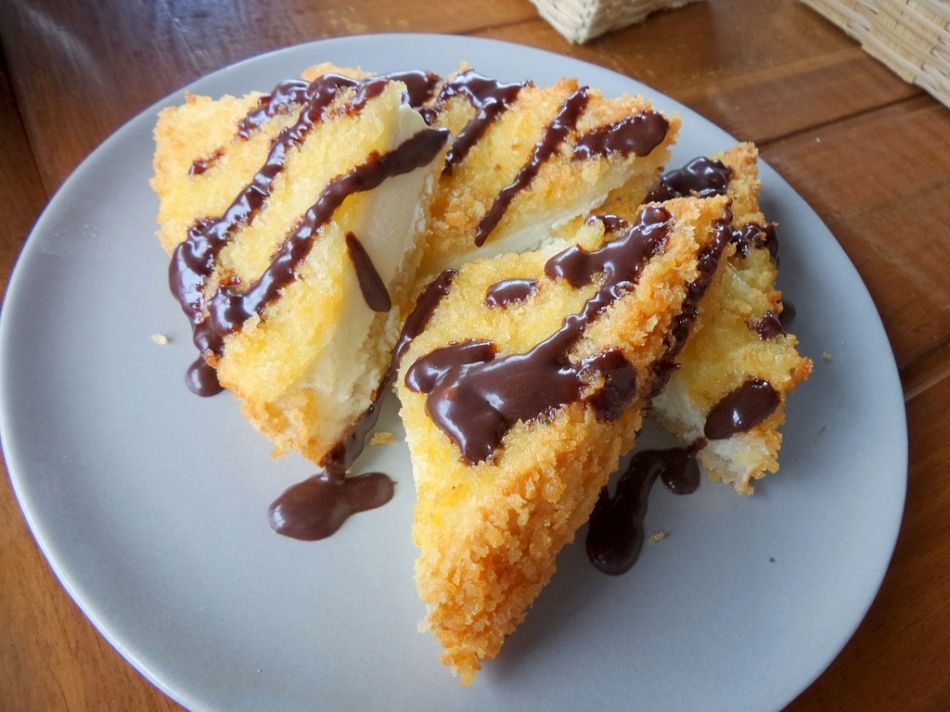 Bypass Bistro is a new restaurant located at The Billboards – corner BS Aquino and Lacson Streets.  This restaurant was created by a group of friends who decided to go into the restaurant business.  They have some interesting concepts and ideas – trying to elevate the standard bar and pub food into something more classy.

We decided to try their burgers from their comfort zone section of their menu.

The first thing we ordered was their bypass burger.

Before eating we took off the top of the bun to check what the burger looked like.  We had the burger patty, a slice of cheese (15 php) and some lettuce and onion.  The meat patty itself was not bad albeit a bit crumbly and burnt in areas and tended to fall apart.  It was okay.

We tried their breakfast burger which appeared to be a bypass burger with a hashbrown and a sunny side up egg to make it look a little more “Breakfasty”.  It was very filling although the patty was also a bit crumbly. This burger is highly recommended for those who want a big hearty breakfast.

We had a side dish of meatball fries with Gravy.  This is a nice meaty dish that is also quite filling.  The gravy needed to be a little less watery though.  The amount of meat/meatballs was just right and by itself – this dish is practically a meal already.  Good value for money.

We had Bypass Bistro’s Ice cream sandwich as dessert.  It came to us perfectly fried and looking very very appetizing with lashings of chocolate syrup. However when we tasted it – it tasted quite peculiar since the oil they used to fry it was the oil for frying other things — the dish had absorbed all sorts of weird flavors – garlic, onion – meat, etcetera. We informed the cook and politely suggested to him that maybe next time they could have a separate oil for frying this dessert.