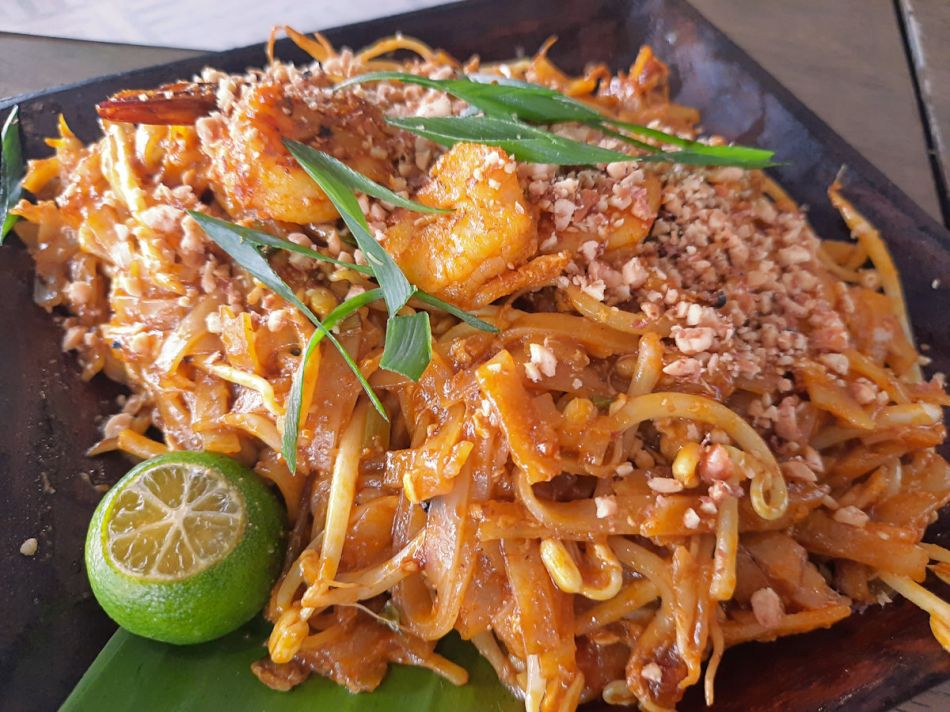 East Bite and Daily Skillet are two of the best restaurants in Bacolod City. There’s no doubt about it. You guys must visit them now!

East Bite Asian Kitchen is a combined restaurant thingy with Daily Skillet. The two of them share one space at the T.U. Square building, BS Aquino drive, Corner Lacson street, Bacolod City.  They’ve come a long way ever since their first restaurant over at East block near NGC.

Ever since they opened several years ago, East bite and Daily Skillet has become famous with not only locals, but also with foreigners who are after quality and taste.

We’re lucky that East Bite and Daily Skillet haven’t shuttered their doors and are still going strong this 2021. They now deliver via Food Panda so you can enjoy their delicious dishes in the safety of your homes.

Daily Skillet specializes in comfort food! They also make pastries and delicious breakfast breads. There are large windows in the production area so you can look inside and watch your goodies being made.

There’s all sorts of cakes and lovely danishes and croissants available at Daily Skillet.

Daily Skillet and East Bite Asian Kitchen have many different items on their menu. Daily skillet has this new K-Menu for 2021 which we decided to give a try.

The K-menu is Korean inspired. Many ingredients are from Korea and Daily Skillet manages to make amazing and trendy dishes here in Bacolod City.

A friend of ours introduced us to this absolutely delicious item on Daily Skillet’s menu – The Korean Loco Moco.

The Korean Loco Moco is a fusion of two cultures, Hawaii’s Loco Moco dish which is a dish of white rice, egg and a burger. Daily Skillet’s Korean Loco Moco is an awesome version where they serve Korean Fried Rice, Dashi gravy and they added fried spam to the mix. Very tasty and flavorful. You’ll be hooked tasting just one spoonful of rice.

We love Kimchi and pancakes! Try out Daily skillet’s delicious Kimchi Pancakes. They’re savory with pieces of kimchi and onion in a light batter. These are more of a snack than a main dish but it is still very good.

There’s a lot to order from Daily Skillet so we went to try the food over at East Bite too. East Bite Asian Kitchen serves dishes from all over Asia.

One of Eat Bite’s most popular dishes is the Pad Thai which is a noodle dish from Thailand. They have several kinds of Pad Thai and our favorite one is the Shrimp Pad Thai.

Wontons are meat-filled dumplings and Eastbite kicks them up a notch by adding a generous amount of chili.

We had the EastBite Samosas – these are spiced potato pockets with a delicious tamarind dipping sauce.

Hainanese chicken is chicken that has been poached for extended periods of time.  The result is a soft and tender chicken.   Eastbite’s Hainanese chicken comes with several dipping sauces and an order is large enough to share.

Katsudon is a Japanese dish of a fried pork cutlet that is placed on top of a bed of rice.  It is then covered with egg, sauces and other condiments.   Eastbite’s version of Katsudon manages to hit all the right spots. It’s a massive cutlet that will fill up even the hungriest eater.

If you want something that is Kid friendly – try ordering the Fish and Chips! East bite doesn’t use cream dory and so the fish and chips are flavorful and covered with a light, crispy, spiced batter.

Desserts are also good at Daily Skillet and East Bite. We tried some of their croissants.

This big one is called a Spiral by the staff. It’s a long croissant with chocolate filling.

And we also had a Nutella danish after! Very good!

Here’s our video of our visit to EastBite’s branch at the T.U building.