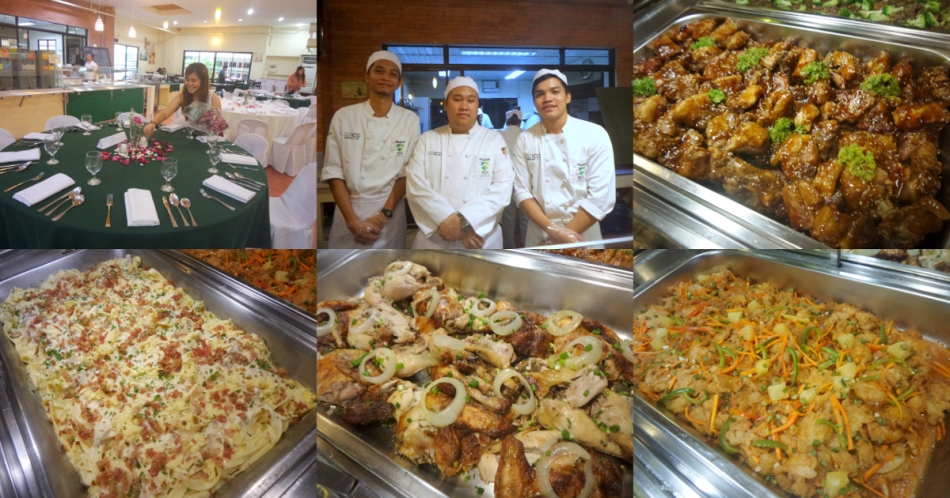 There are many culinary schools in Bacolod City and we enjoy seeing what their talented pupils can do.  This time we visited Bacolod ICA – Institute for culinary arts De La Salle for their Batch 20’s second grand buffet.

The Grand buffet is one of the culinary events of the current Batch. It’s an event where they cook and show to their family and friends what they’ve learned. We paid 500 pesos each for tickets.

We arrived at ICAfe within the University of Saint La Salle where the buffet was being held. We were pretty early so we watched the students set up and decorate the tables.

The venue ICAFE is one of their practice/study kitchens. It looked very much like a canteen to me. The students had placed tables in the middle of the room and also outside of the cafe to seat the guests. 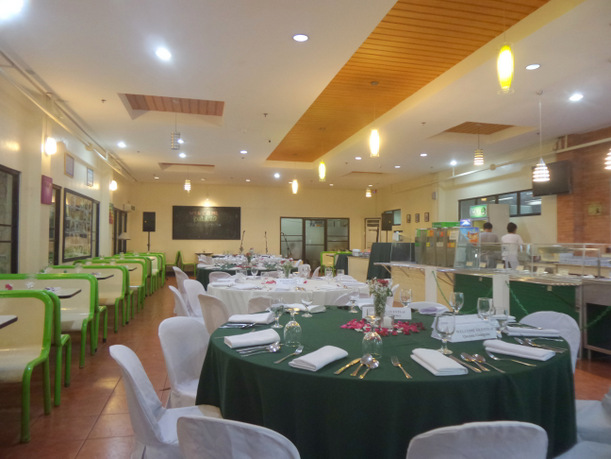 Some students entertained the waiting visitors by answering questions about the event and things like helping the guests make reservations, find parking and the toilets.

As appetizers we were served an assortment of canapes. They were pretty good albeit a bit simple. They were a bit varied ranging from the savory pesto canapes to the sweet canapes with a piece of fruit.

The dinner soon began and we lined up to fill our plates with food. It was an assisted buffet so all we had to do was tell the students how much of each dish we wanted.

This is what the students served:

A dish of various vegetables. I was surprised that it had meat because Buddha feast is supposed to be 100% vegetarian friendly.  An okay dish.

We chose mashed potatoes over the steamed rice. It was okay. It could have been more thicker/creamier.

This dish is a favorite of mine. Plenty of garlic and broccoli florets adorn beef in a rich brown sauce.

Chicken baked on top of a beer filled can stuffed into its cavity. The alcohol is supposed to evaporate and make the chicken moist and tender.

This dish is very popular in Bacolod City. The sweet, savory ribs were one of the most popular dishes on the menu.

White fish chunks breaded and served with a sweet and sour sauce.

Pasta with white sauce and plenty of bacon. Nice and creamy.

Pasta with tomato sauce and meatballs

Nice little cake rolls with flavors of ube, strawberry, vanilla and pandan. Not too sweet. 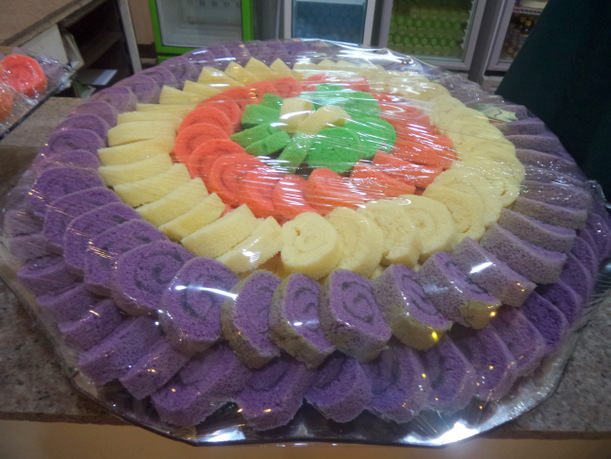 Overall, it was a good buffet that showed what the students of Batch 20 had learned from their culinary course.  The students learned how to work with their limited budget and transformed simple ingredients into popular dishes.  It was a job well done. Their instructor Chef Richard Ynayan had really trained them well. 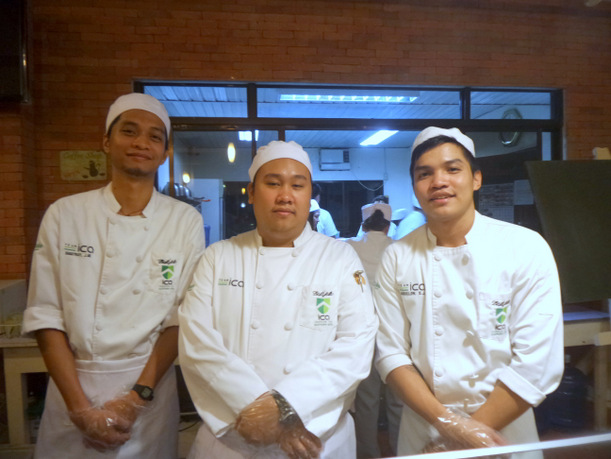 If you are interested in starting a culinary career you can check out ICA at:

The Bacolod Food Hunters did not receive any Freebies, money or items in exchange for this article.  We paid for our meals.